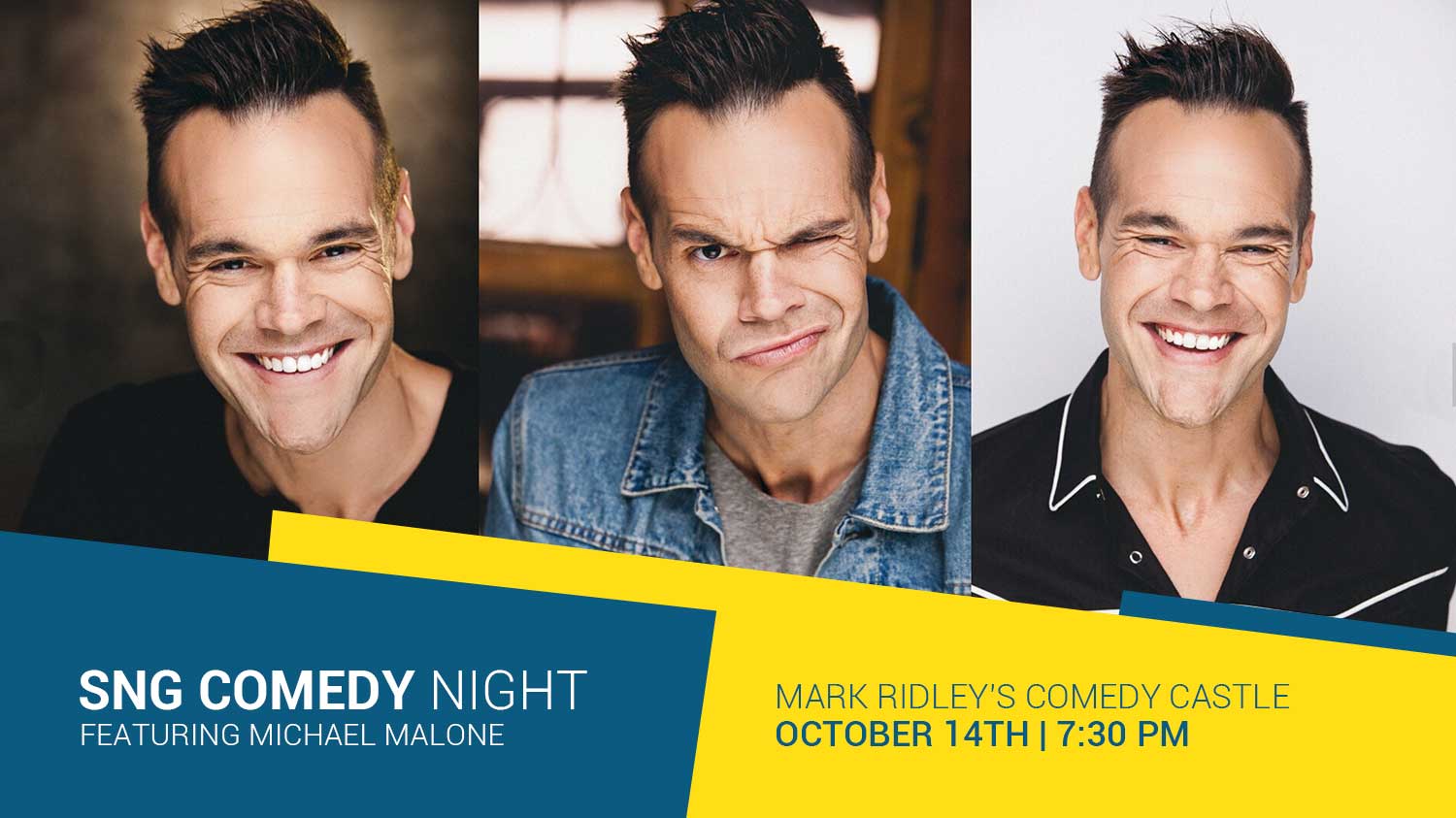 Join us for a fabulous evening of laughter and fun as SNG welcomes Michael Malone to the Mark Ridley's Comedy Castle in Royal Oak. $5 Per Person (Regularly $15) SNG

Join us for a fabulous evening of laughter and fun as SNG welcomes Michael Malone to the Mark Ridley’s Comedy Castle in Royal Oak.

Featured on the Bob & Tom Show, XM Radio, 24/7 Comedy Radio, FOX, Fusion, WGN, Comcast on Demand, HULU‘s, Comedy Time, The CW, and the first two seasons of Laughs on FOX. He was also the lead in the comedy/horror cult classic film, Chopping Block.

Writes a monthly column for Face the Current Magazine, and is the creator behind the podcast, Punched Up, the animated series The Good Doctor, on the Funny or Die network, and the NSFW Nature Show on the Laugh Factory‘s YouTube channel, Mother F*cking Nature. and, the co-writer and director of the award-winning five-part web series, Bethlehem. Also, on Comedy Central‘s, Bad Ass Bitches of History, and Showtime‘s series, I’m Dying Up Here.

View Sample Of His Work

If you purchase 8-tickets or more – you can pay by a credit card, and they will mail you your tickets. You will have the tickets in advance to pass out to your clients and avoid waiting in line. Just arrive and head into the show.

Because of current seating requirements…we can do:

If you purchase LESS than 8-tickets – from 1-7 tickets, they will take your reservation over the phone so you will have a seat, but you will have stand in line to pay and pick up your tickets the night of the show.