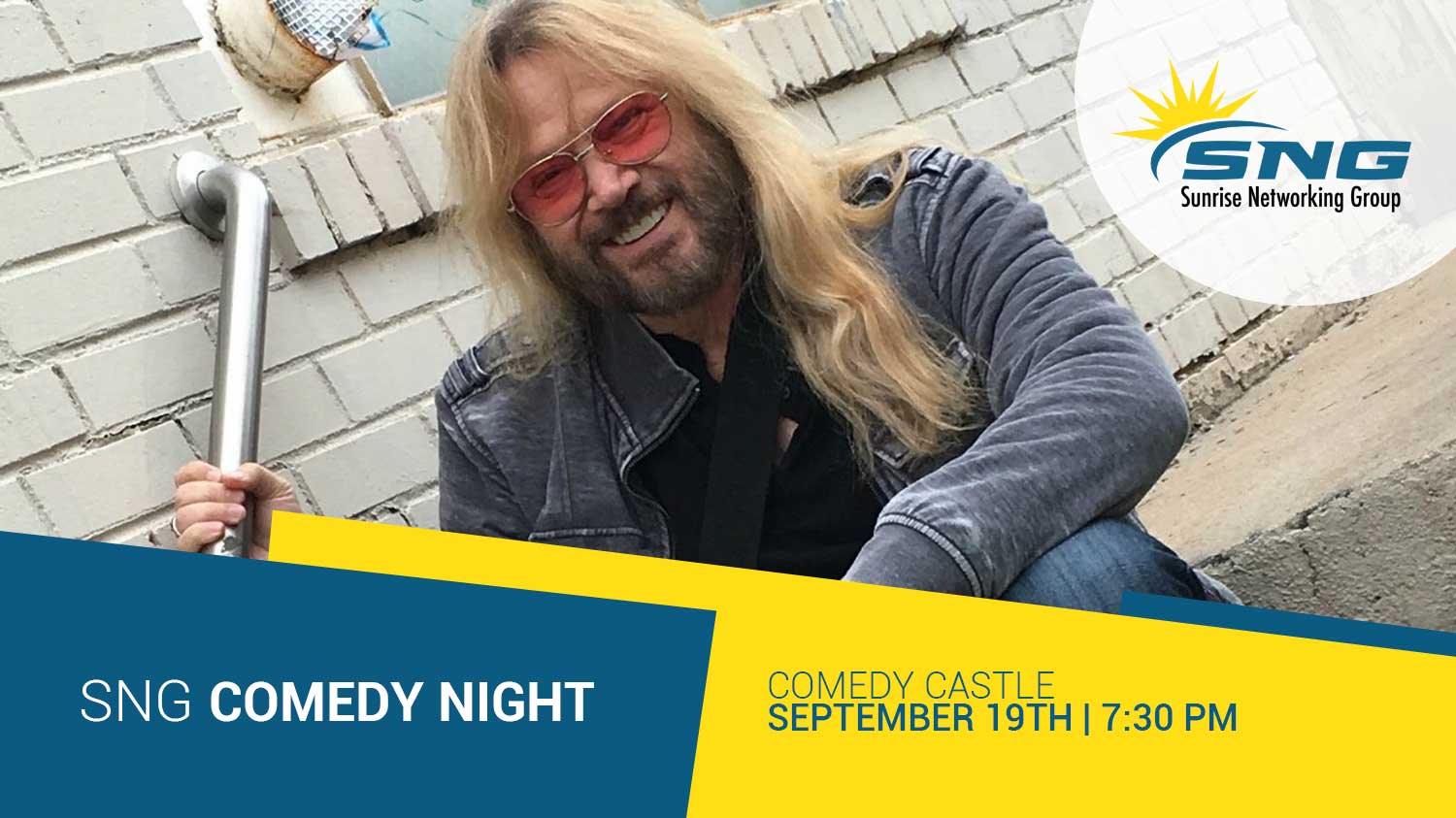 Join us for a fabulous evening of laughter and fun as SNG welcomes Steve McGrew to the Mark Ridley's Comedy Castle in Royal Oak. $5 Per Person SNG Members &

Join us for a fabulous evening of laughter and fun as SNG welcomes Steve McGrew to the Mark Ridley’s Comedy Castle in Royal Oak.

Steve McGrew is the hellbent southern gent. He has been featured on Comedy Central in his own 1⁄2 hour special. He can be heard on 24/7 Comedy, and on Sirius XM radio. “Mudflap” has released several comedy CDs. Also seen on Showtime, MTV, VH1, Improv, TNN, and finalist on Star Search. He has opened concerts for Dolly Parton, Tanya Tucker, Wynonna Judd, Jerry Lee Lewis, the Doobie Brothers, and the Beach Boys.
View Sample of Steve’s Show

When he lands on stage you can expect an instantaneously likeable, high energy, and rapidfire show. His material is drawn from everyday life situations, and is a hybrid of character work, storytelling and one liner jabs to the funny bone. His “crossover” comedy style appeals to people from all walks of life, age groups, and ethnic backgrounds. Additionally, Steve was an award winning morning radio DJ, with 3 CMAs (country music awards). McGrew is also host on the wildly popular podcasts REMASCULATE and WRINKLED SHEETS.
Click for PDF for your friends, family, & clients!